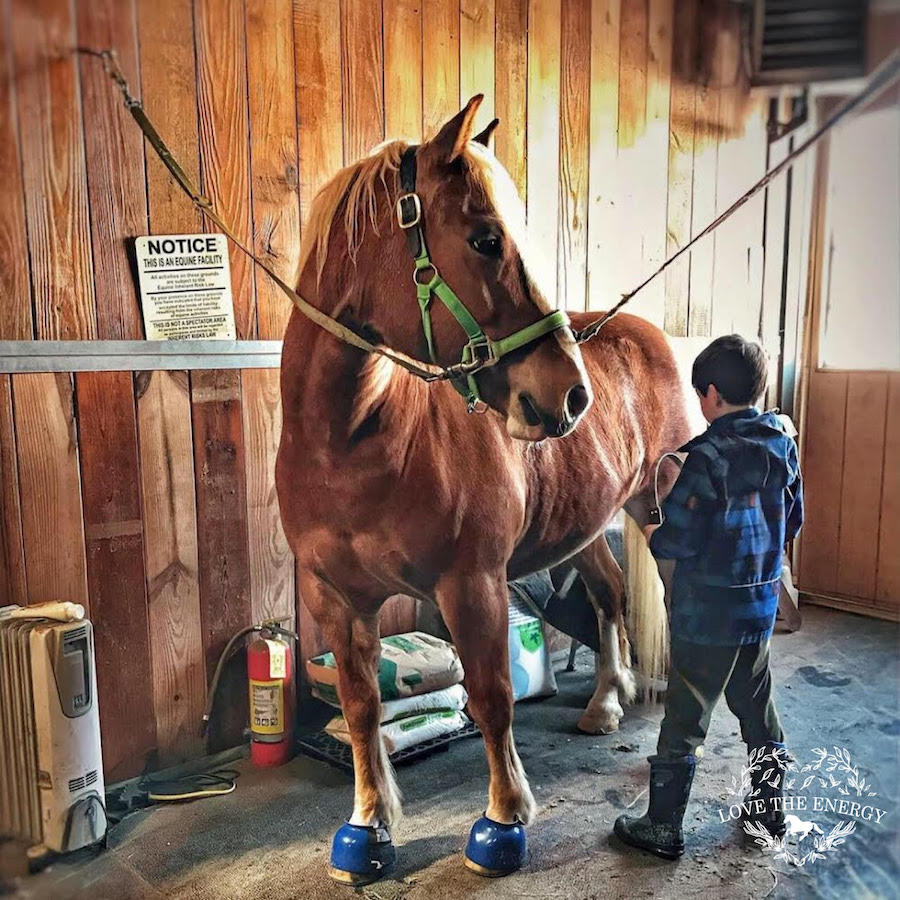 When I think back on the time we spent at our first barn, with Teddy, one of the memories that stands out the most is how often people would criticize our horse. I didn’t know much about horses then and I suppose I thought these people “knew better” than I did. But in retrospect, I believe that sort of casual, negative commentary about our horse was just not ok. And yet, I think it’s fairly common in the horse world.

Why is it wrong to criticize someone’s horse? Because no matter how old, fat, ugly or untalented you may think someone’s horse is, that doesn’t make it true. And more than that, does it even matter? If that animal brings joy into their person’s life, if it is the highlight of their day, it could be ugly as sin and still worth its weight in gold. So when someone swoops in like a dark cloud of negative energy and criticizes another person’s horse, it actually reflects back upon them, not the horse.

Our experiences with horse shaming

When we were at our old barn I always looked forward to seeing Teddy and, in retrospect, dreaded running into certain barn workers and riders. Despite having a trainer ride him 6 days a week, despite our putting him on the best diet and riding him ourselves, Teddy still wasn’t a shining example of equine fitness. We knew that, we were working on it, and we still loved him. Yet, without fail when my then 8-year-old and I walked into the barn someone would tell us where our “fattie” was, or joke about what a “porker” Teddy was. The same was true when my son would walk Teddy into the arena, so proud of his horse and eager to ride. “Ooh, chunky monkey has arrived!” someone shouted once, as they trotted by on their Warmblood.

Another time my son was lovingly grooming Teddy after a ride, when a woman walked in and told him how he’d better never think of showing, because everyone would make fun of him with a Haflinger. “That’s what people do,” she said, “We make fun of things that are different.” She laughed to herself then, and after getting over my initial shock that someone would say that to a CHILD, I said to my son, “Well there you go buddy, she just gave you excellent practice at not letting unkind words steal your joy.” The other rider laughed at my remark before walking away, but my son was still upset about the incident. He was only 8. Would people make fun of him? Why? Later on he told me that he would never show. Not ever.

Now that latter example is extreme – I haven’t met another person yet who would say something like that to a child. But casual remarks upon the fitness of someone’s horse are fairly common in my experience. So are comments about a horse’s mane/tail (it’s too long/short/scraggly), their coat (it’s to shaggy/dull), their body (too fat/skinny), or their abilities under saddle (not good).

Unless someone is an equine vet or a trainer who is making these comments because they’re concerned about the horse’s health, negative commentary is not only uncalled for, it’s unkind. And let’s stop and consider the lesson we are teaching kids who see adults criticizing someone’s animal so freely: It’s ok to judge other people and to share your negative assessments with them, irregardless of how it might make them feel. Your criticism is more important than their feelings. In an already harsh world, this kind of role modeling is dangerous.

In a world where you can be anything, be kind.

Next time you see someone walk into the arena with their horse, think of something kind to say. Even if the horse is getting up there in years and his coat looks a little shaggy. Even if his mane hasn’t been pulled and his tail is a little scraggly. Stop and put yourself in the shoes of that person leading the horse. Think back upon the times you have walked your horse into the arena. Were you looking forward to your ride? Glad to finally get a break from school or work? Do you love your horse? How many of us know someone whose horse is their friend, therapist and refuge? Sometimes, just being around your horse is enough to take a really tough day and make it bearable. That’s how much our horses mean to us, and no one knows the battles other people are fighting.

So as you see that rider leading their horse, tell them their horse looks happy to see them. Tell them they seem glad to be at the barn. Wish them a good ride. Look for the good in their horse – you might even start to see the way you look at other things in the world change. And how amazing would it be if we looked at our own lives with a gentle eye instead of a critical one?

Your words have power. And one kind – or negative – word can change someone’s entire day. It can even stick with them for a lifetime.

Let’s be kind. Let’s lift each other up.

It’s Not About the Size of the Horse

AMEN! Go Teddy! Every animal is such a blessing, people please be thankful for each and every horse and the owners that love them.